Friend to the End

Friends can come and go. And they can heal or hurt. But we all need friends who encourage us to stay faithful to God to the end.

Proverbs 27:17
As iron sharpens iron, so a person sharpens his friend.

Hebrews 3:12-14
See to it, brothers and sisters, that none of you has an evil, unbelieving heart that forsakes the living God. But exhort one another each day, as long as it is called “Today,” that none of you may become hardened by sin’s deception. For we have become partners with Christ, if in fact we hold our initial confidence firm until the end. 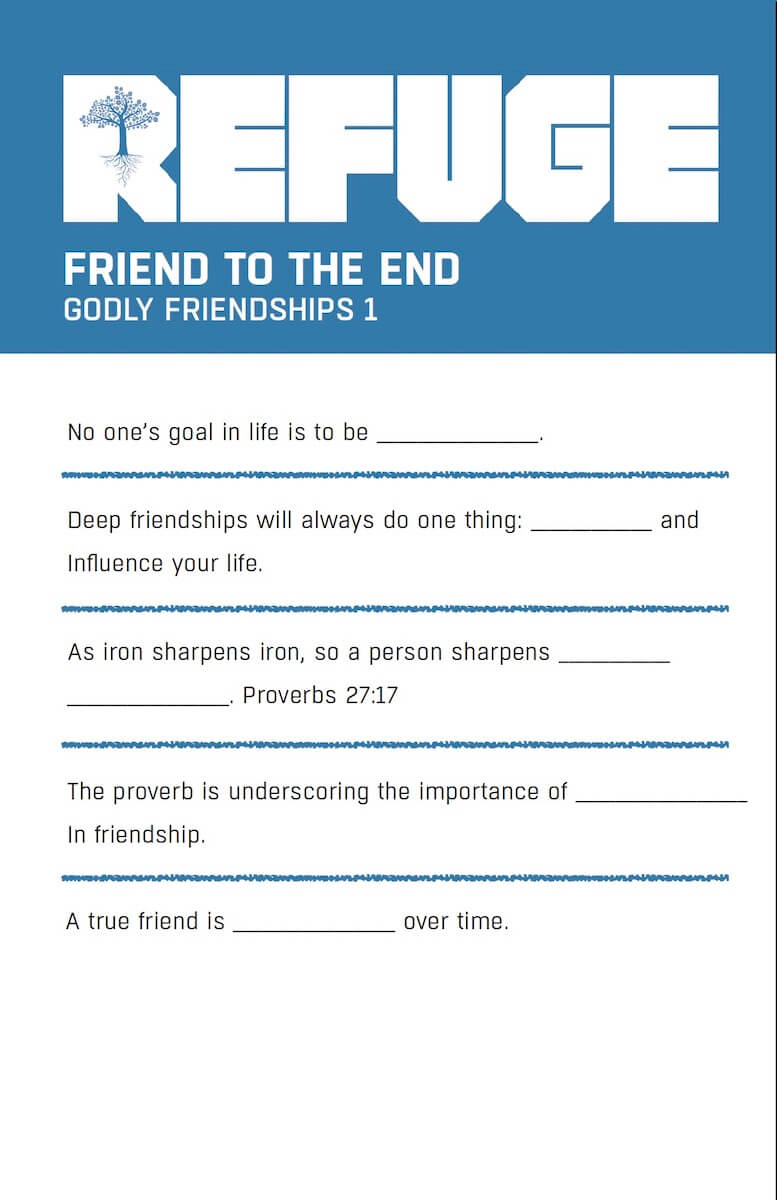 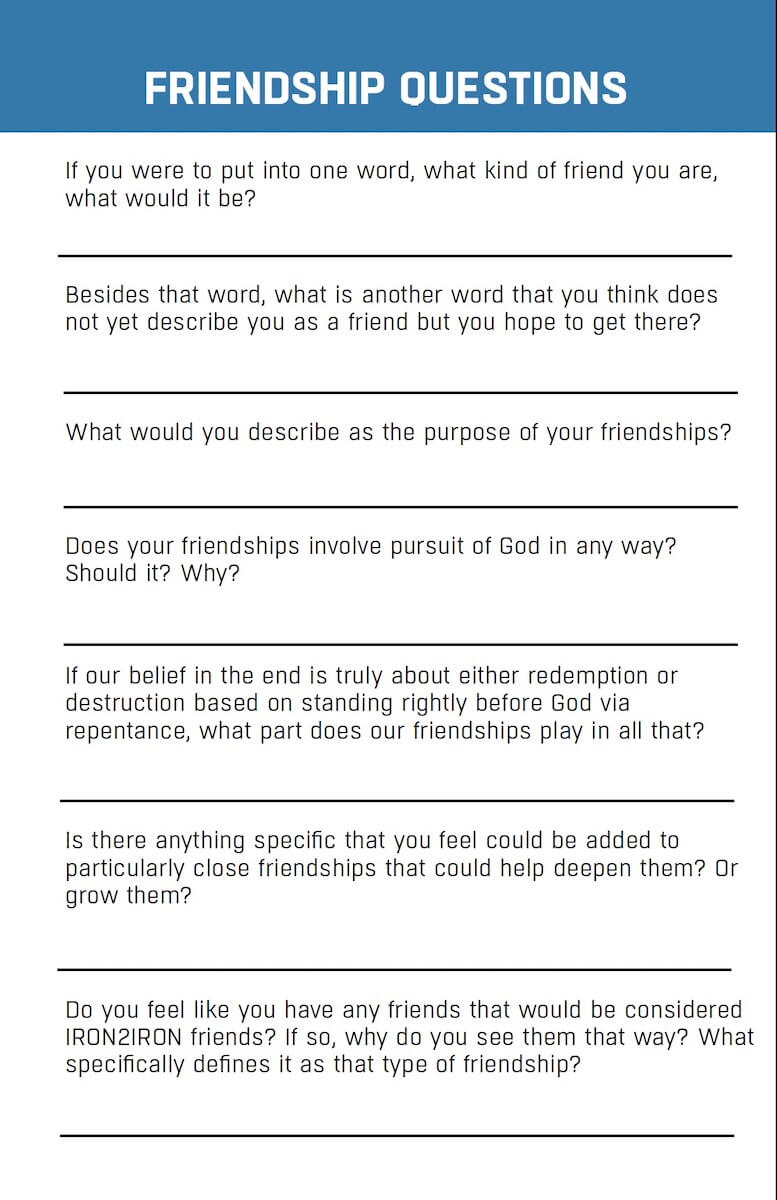